One of the few benefits about getting older is getting vacation during “prime time”.  This past year, both Bruce and I lucked out and were able to take the week during New Year’s off, so we booked a family trip to Iceland.  We had a few months to plan our week and came up with one of the most memorable vacations, including massive bonfires and tremendous fireworks in one of our favourite places in the world.

One of the few benefits about getting older is getting vacation during “prime time”.  This past year, both Bruce and I lucked out and were able to take the week during New Year’s off, so we booked a family trip to Iceland.  We had a few months to plan our week and came up with one of the most memorable vacations, including massive bonfires and tremendous fireworks in one of our favourite places in the world. 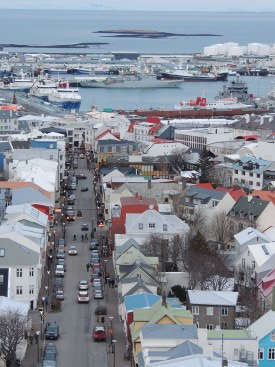 New Year’s Eve is one of the biggest celebrations in Iceland, so whatever your plans it is important to book early.  Flights, accommodations, and dinner reservations can all fill up quickly so I would recommend booking early.  Many Reykjavik restaurants offer a New Year’s Eve dinner menu, and I would suggest eating early so that you don’t miss any of the activities later on in the evening.  As many of the restaurants are located close to the harbour, take a stroll at dusk and say goodbye to the last glimpse of daylight in the old year. 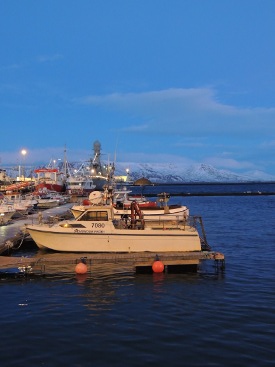 After dinner, stroll in the direction of the nearest massive bonfire – one 8 in the city of Reykjavik.  As it was close to our apartment, we checked out the bonfire at Ægissíða.  Hundreds of people were already gathered when we arrived just after 8pm, the intense flame seen from miles away. 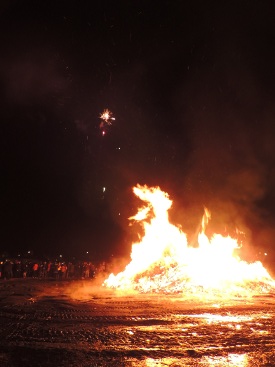 The Iceland winter can be damp and chilly…so get as close as you can bear to the fire and enjoy the warmth of the flames. 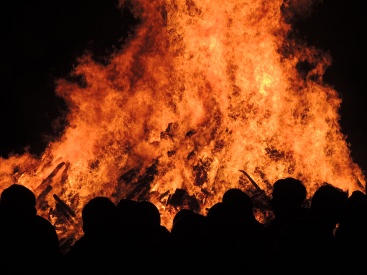 Wander the neighbourhood streets back towards the city centre, and stop to enjoy the occasional fireworks that will have already started hours before. 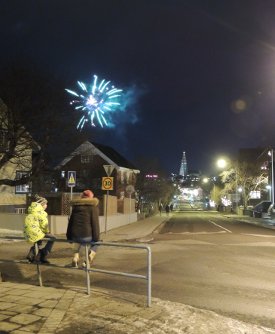 Icelanders take their firework displays very seriously.  For most of the year, the sale of fireworks in Iceland is prohibited, but from December 28th to January 6th, the Iceland Search and Rescue (ICE-SAR) sell fireworks as a way to fundraise for their organisation. 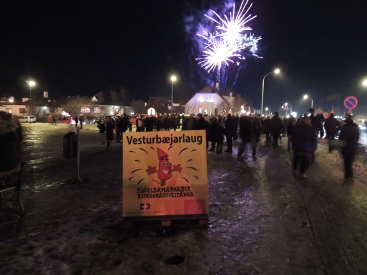 Since ICE-SAR is the team that rescues people after they becoming lost in Iceland, supporting the sales of New Year’s Eve fireworks could one day save your life!  For the entire week we were in Reykjavik, not one night passed without a display of fireworks somewhere over the city.  Since the fireworks show is so spectacular in Iceland over New Year’s, research how to take great pictures of fireworks before you head out on vacation.  Or your pictures could look like this… 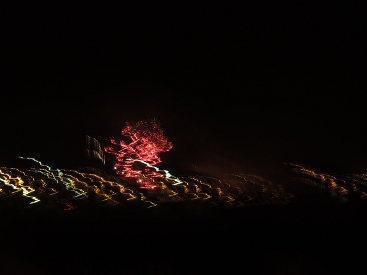 As the bonfires usually burn down before 10pm, make your way back to your hotel/apartment, and turn on the television.  Even if you don’t speak Icelandic, join 95% of the Icelandic population and tune into the New Year’s Eve Comedy Show called Áramótaskaupið.  A satire of the past year’s events – the program is entertaining in any language and gives a glimpse of the clever Icelandic sense of humour. 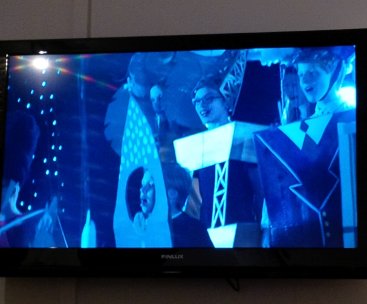 Just as the Áramótaskaupið ends, dress up warmly and head towards either the Perlan or Hallgrímskirkja and join the crowds already enjoying the ongoing firework’s display.  Always be aware of your surroundings…not that crime is an issue in Iceland (in fact, it’s one of the safest and friendliest places I’ve ever visited), but fireworks have been known to go off course and a few injuries have occurred in the past.  Most injuries occur to those relighting failed fireworks, but it’s a always good plan to keep your head up, or down…depending on the case. 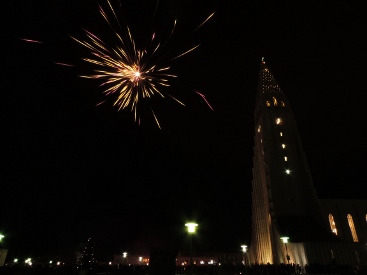 Once the clock strikes midnight, the entire city lights up as the largest fireworks are lit, and the sky erupts into a beautiful display of colour and sound.  No matter where you are in the world, you can witness this incredible display online at livefromiceland.is.  If you are still wide awake after midnight, which after the amount of noise and lights, you most likely will be, head down to one or many of the local pubs and celebrate the New Year well into the early hours of the morning.

On New Years Day, don’t worry about missing the day sleeping in as the sun doesn’t arrive this far north until the afternoon.  There is an annual New Year’s Day swim at Nauthólsvík thermal beach you can participate in if you don’t mind a fresh, cold start to the New Year.  Or you can start your “get healthy” New Year’s resolution with a walk/skate across the Tjörnin. 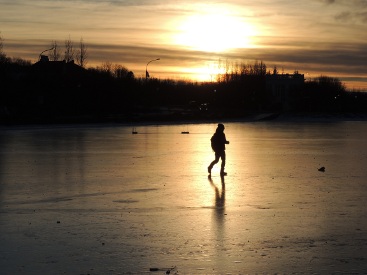 If you are able to be one of the lucky ones that are able to get away to celebrate New Year’s Eve this year, join in the festivities that Reykjavik offers and I guarantee it will be a New Years you will never forget.