According to my recent Google search, there are more than 20 songs written about Cleveland, or at least the Northeast Ohio region.  Not just local bands sing about this city – REM, Scott Weiland, The Band and Frank Zappa all have songs telling tales about this town I knew very little about.

According to my recent Google search, there are more than 20 songs written about Cleveland, or at least the Northeast Ohio region.  Not just local bands sing about this city – REM, Scott Weiland, The Band and Frank Zappa all have songs telling tales about this town I knew very little about. It was the “Heart of Rock & Roll”, the Rock & Roll Hall of Fame that made Cleveland a destination for me…but the people, the food, the strange road side attractions (see the World’s Largest Rubberstamp below), and the beer are what’s going to draw me back again. 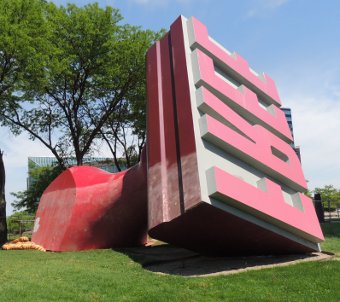 A quick and scenic 5 hour drive from Toronto, Cleveland is a city established along the shores of Lake Erie.  The waterfront is dominated by the Rock & Roll Hall of Fame , the Great Lakes Science Center and the Cleveland Browns football stadium.  The city was a bit confusing to navigate, as the Cuyahoga River winds it’s way throughout the city disrupting my sense of direction.  The river has created the need for many beautiful bridges found all over the city, but trying to plot my route by either walking or driving made exploring Cleveland a challenge.  Thankfully, our GPS as well as the numerous helpful Clevelanders led us around the attractions with relative ease.

As we were staying just a few blocks south of the Rock & Roll Hall of Fame, we started our self designed tour of Cleveland there.  Impossible to miss, the Hall of Fame is permanently housed in this incredibly massive, shimmering triangle of glass. 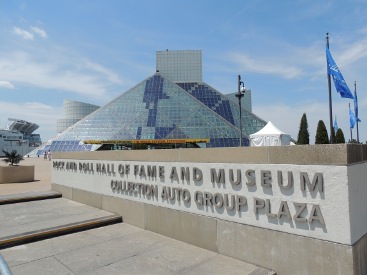 Finished and opened in September 2005, the Hall of Fame houses interactive exhibits, clothing, posters and artifacts that cover all aspects of Rock and Roll.  Our personal highlights were the Pink Floyd “The Wall” display which was both inspiring and a little frightening, reminiscing about our favourite bands and concerts through posters, clothing, original written lyrics and video footage, and seeing how many Canadians played a part in the History of Rock and Roll. 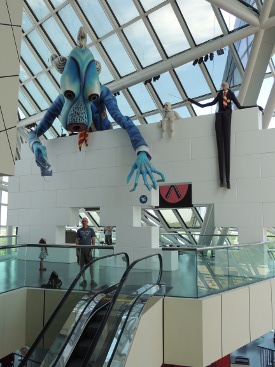 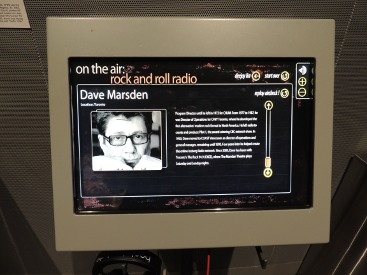 After an afternoon at the Hall of Fame, we ventured over to the Brew Pub District (unknown if this is what’s it actually called, but I have proclaimed it as such as our choices for great beer here were fantastic!). Originally planning to hit up the Great Lakes Brewpub – we were saddened to find it closed on the Monday night we were visiting.  Thankfully by the time we realized the pub was closed, our taxi driver had already left and we were left to wander the surrounding neighbourhood.  As we turned the corner onto W 25th Street, we were pleased our original plans hadn’t worked out.  We stopped for dinner at the Market Garden Brewery and sampled their delicious craft beer, then made our way down the street to the Nano Brew for a few more pints of Cleveland’s local brews. 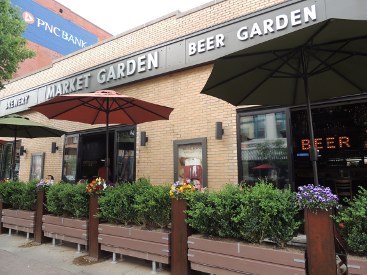 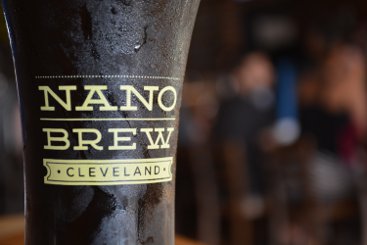 We jotted down a few other pubs such as the Prosperity Social Club, and the Tremont Taphouse that we’d love to visit on our return trip to Cleveland.

After a short but much needed sleep in, we started our journey out of Cleveland…but made a quick stop at another one of Roadside America recommended “must see” sights – the Christmas Story house.  Located on an unassuming street just outside of Cleveland’s downtown, we stopped in front of Ralphie’s house and took a few snapshots. 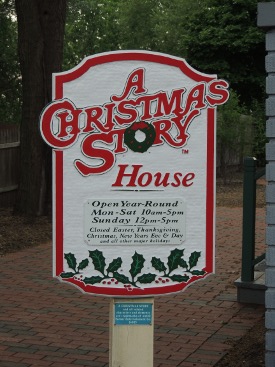 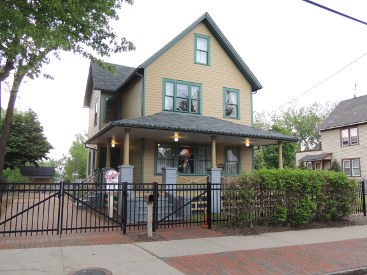 The museum wasn’t open when we visited, located just across the street from the house…but we did see the leg lamp on display in the front window.  And yes, you can buy one to bring home with you. 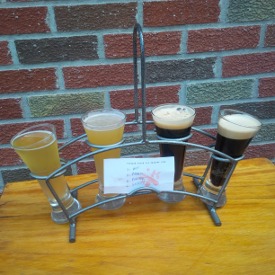