Alternate Title:  “How a Road Trip can actually SAVE you money.” This past year, the Toronto Blue Jays moved their farm team from Las Vegas, Nevada to Buffalo, New York.  The drive to Buffalo from Toronto takes less than 2 hours, and for enthusiastic Blue Jays fans – an easy run to catch the baby Jays in action, for a fraction of the cost.

Alternate Title:  “How a Road Trip can actually SAVE you money.” This past year, the Toronto Blue Jays moved their farm team from Las Vegas, Nevada to Buffalo, New York.  The drive to Buffalo from Toronto takes less than 2 hours, and for enthusiastic Blue Jays fans – an easy run to catch the baby Jays in action, for a fraction of the cost.

My girlfriend Kim and I planned our 1 night, 2 day getaway around a Buffalo Bisons night game, and the following day afternoon game to make the most of our limited time off together.

We left late morning on the Wednesday, just missing rush hour in the city and got to the US/Canada border just after noon.  Assuming we were heading to the US to shop, the border patrol guard was surprised to hear we were headed down to catch a couple Bisons game and enjoy some local brews.  He recommended a stop at the Duty Free shop to pick up some cheap 2-for-1 Bisons tickets.  We had already purchased our tickets before hand on the Bisons’ website, and thought $12 each to sit right behind homeplate was a great deal – not knowing there were a ton of deals to be had on tickets, starting off at the Duty Free shop! 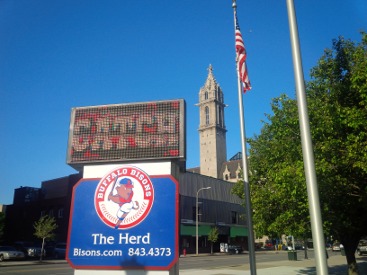 Just 3 kilometres inside the US border, we quickly found our hotel right off the interstate.  Having only seen some pictures online, and making the choice based solely on closeness to the baseball stadium alone, we realized we had hit the hotel jackpot when we pulled up out front of Lofts on Pearl. 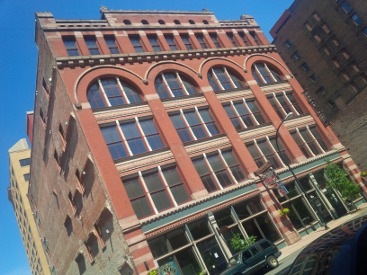 Originally renovated for loft apartments, Lofts On Pearl opened up in November 2012 as a 32 room boutique hotel in downtown Buffalo. Beautiful exposed brick walls, our room was our very own 2 bedroom luxury apartment.  A full kitchen, livingroom with fireplace, windows that stretched from floor to ceiling, Lofts on Pearl was an amazing find.  Breakfast was included, and we had less than a 5 minute walk to Coca-Cola stadium where the Buffalo Bisons played!  The icing on the cake…Pearl Street Brewpub was right next door.  Both Kim and I seriously pondered how long our commute to work would be if we both decided to move in permanently.

Our first stop to grab a bite to eat for lunch was the Pearl Street Brewpub.  A three tiered patio around the back, we grabbed a seat and a menu and soaked up a few hours of sunshine before our night game. 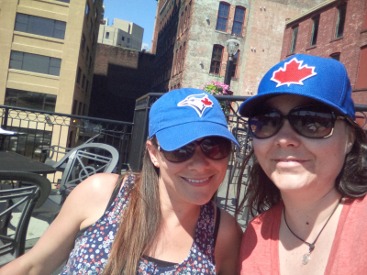 No matter what your beer preference, Pearl Street has a considerable selection of brews – fruit ales, hearty stouts, and everything in between.  Their menu had a decent choice of appetizers and mains.  We had a few hours to kill and couldn’t think of a better way to enjoy the weather, taking full advantage of the sunshine as well as the local brews. 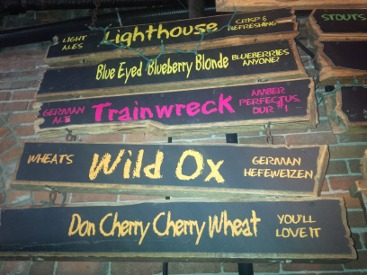 Making our way over to the baseball game just after dinner, we were surprised at how similar the Bisons stadium was to the stadiums we had visited during our Spring Training adventure.  Much more intimate than a Major League game at the Rogers Centre, we picked up a couple of craft pints from inside the stadium and settled into our seats. 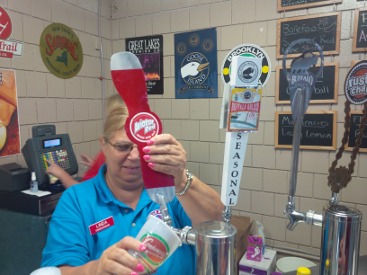 One of our favourite pitchers Ricky Romero was pitching that night, who had been sent down to the minors to “get his groove back”.  He was on fire that night, and the Bisons played an amazing game – which we got to witness sitting just feet away from the players.  We could hear the players talking back and forth and the view felt like we were at a little league game, able to take in all that was happening on the field.  This experience at the Rogers Centre, or any other Major League stadium would have easily cost us $250 each.  We paid just $12 and were watching the same guys who could easily be called up or had been sent down from the majors just days, sometimes hours before. 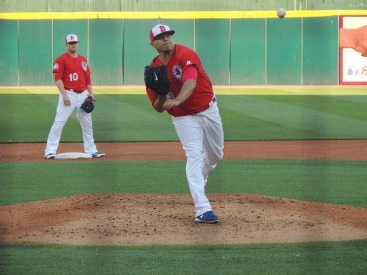 A view of the Bisons bench. 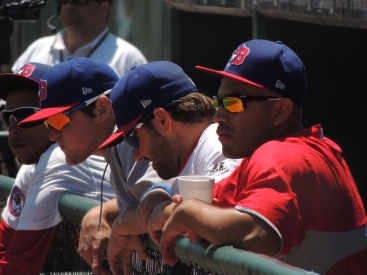 Our next day over breakfast, we started figuring out the numbers (i.e. justifying our future roadtrips which we had already begun planning).  Buffalo is an easy drive down from the Greater Toronto Area, so catching a game and driving home is completely reasonable.  Even an overnight or weekend getaway, including food and drink, won’t set you back a lot of coin.  A more intimate experience, at a fraction of the cost…I’m truly surprised more Blue Jays fans haven’t discovered this cheap taste of luxury.  I don’t mind, I’m enjoying this little secret. In fact I’m heading down again this upcoming weekend for another night of beer and baseball in the unexpectedly cool little city of Buffalo.