A public toilet, an old bank, a school house and a pharmacy.  What do these four things have in common?  In the west coast city of Turku Finland, they are all buildings that are now occupied by a pub.  I love finding fun themes when I tour a new place, and what better theme is there than beer!

A public toilet, an old bank, a school house and a pharmacy.  What do these four things have in common?  In the west coast city of Turku Finland, they are all buildings that are now occupied by a pub.  I love finding fun themes when I tour a new place, and what better theme is there than beer!  Throw in a bit of history, and you’ve got the makings of an awesome tour. (See my Beer Makes History Better Tour article…you’ll know I’m telling the truth). 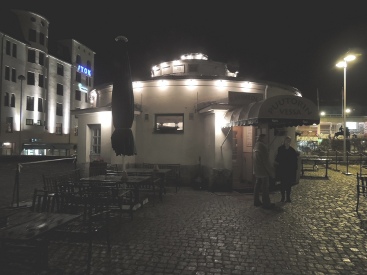 Found close by the city bus terminal, this round white building in the centre of one of the public squares is home to the Puutorin Vessa.  The beer selection isn’t great but truth be told, this was one of the places I wanted to visit despite their lack of good beer.  Benches surround the back wall of the circular pub, with small tables and stools opposite them.  The bar is on the far side of the entrance, and is self service only.  Table service seems to be common only at restaurants, rarely at pubs – but with tipping almost non-existant in Finland, there isn’t much chance of that changing anytime soon.  There is a lower seating section in the middle of the pub, with a few benches and a flat screen TV playing coverage of sporting events. 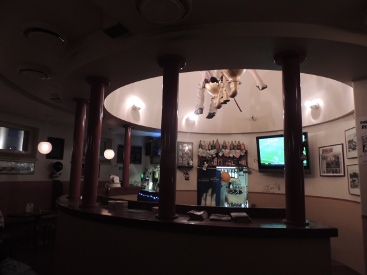 A unique statue dominates the centre ceiling, a man and a woman both sitting on their respective “thrones”. 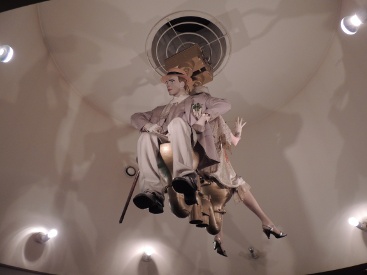 Other than the central statue, only a few other toilet decorations are found around the pub, including chamber pots on the windowsills and old photos of toilets.  Worth a quick stop for a pint, but not much more. 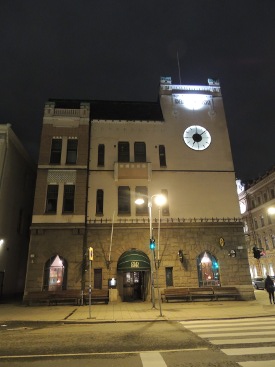 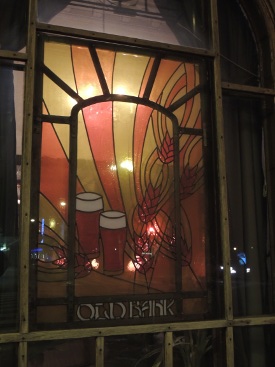 Inside is a large room with tall ceilings, dominated by a an old mahogany bar in the middle with over 150 different beers to choose from. 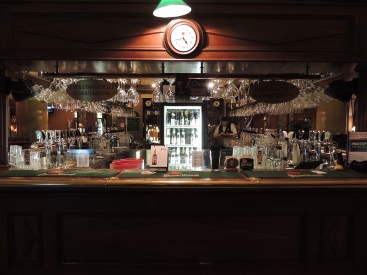 We were there on a slow Sunday night, so we had a chance to chat with the bartender about recommendations for good local brews.  We grabbed a table by the window and enjoyed a couple of the best tasting pints I’ve had, including a beer from a microbrew located just 50km away from Turku. 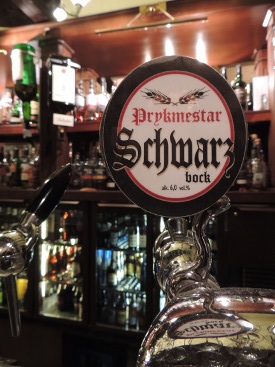 Downstairs I found the bathroom located in the old safety deposit rooms, and if you do a bit of exploring, you’ll find a room with a full size puppet of a police officer guarding the boxes – pint in hand, while a robber crouches in the background sneaking by him. 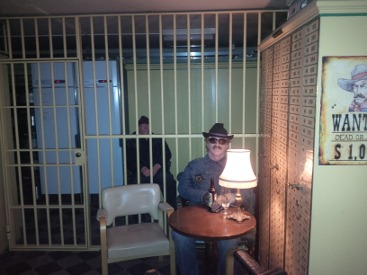 There is a grand staircase that leads to the upstairs, closed off while we were there but I guess leads to more rooms and/or offices.  A huge building, and a great picturesque place to stop and enjoy a couple (maybe even a few) pints.  This should really be considered for a last stop on a Turku pub tour as I really didn’t want to leave.

Just when I thought Turku was the type of town to roll up it’s sidewalks at night, we discovered where all the locals came to dine and drink: the Panimoravintola Koulu.  Originally an old school house, the bar has multiple rooms all easily accessed by huge open doorways leading from one into another.  This bar is also it’s own micro brewery and serves delicious pints only available on site. 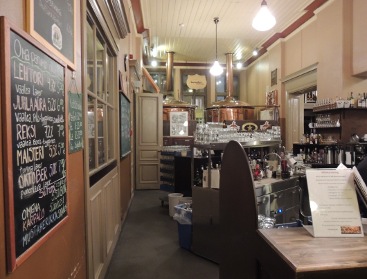 Maps of the world decorate the walls, and large casks of beer are found along the upper shelves of the brewery.  Always full of couples dining out, teams of friends out for a night of drinks, girlfriends catching up over glasses of wine, this very popular place is a fun and necessary pary of the Turku Pub curriculum. 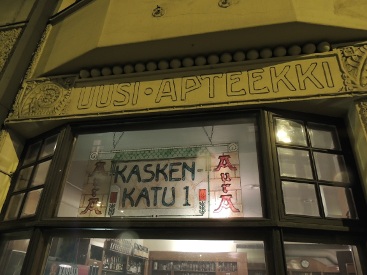 Located on the opposite side of the River Aura, this pub is worth the trip across one of the many bridges that connect the north and south side of Turku.  Originally a pharmacy, the old shelves that once stocked medicine now are lined with beer bottles from all over the world. 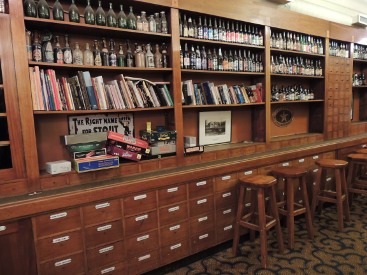 Appropriately called Uusi Apteekki, or New Pharmacy, all the “medicine” now available here is available without a prescription.  A good selection of beers on tap including a few of their own brews – this is a comfortable place to sit down and grab a pint, or take your pint for a walk around the rooms of the pub and try to find a beer bottle or two from your own country.

While speaking with the bartender from the Old Bank pub, I learned that the growth and popularity of Micro Brews in Finland, as well as in many other parts of the world, is only going to bring about more interesting places to enjoy some local culture, and equally as important, some local brews.  Kippis! (Cheers in Finnish)