Then the fog rolled in. 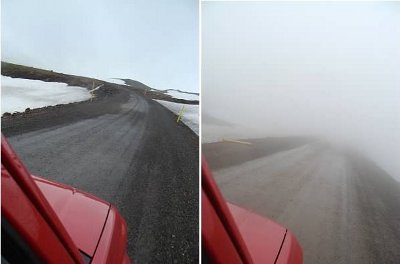 On a good note, I could no longer see how high up we were, or how rocky it was at the bottom of the mountain.  On a bad note, we had to seriously slow down and take each bend with extreme care and pray a large truck wasn’t coming too quickly the opposite way.

Despite fearing death more than once, travelling the 1,339km around the Ring Road of Iceland was one of the best roadtrips I’ve ever experienced.

We travelled clock wise around the Ring Road (also called Route 1), leaving Reykjavik and heading north to our first hostel in Saeberg.  It was April and the skies were overcast, but we checked the weather and road reports on vegagerdin.is and the road was all clear.  We loaded up Lucille, our nickname for our 4×4 jeep from Blue Car Rental for the week, and headed for the outskirts of Reykjavik. 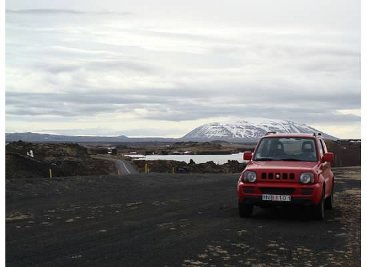 The landscape was everchanging along the highway.  Along the coast, small farms and homes scattered across the land, with long unpaved driveways that made you wonder how they ever made it to the main road in the winter.  We passed incredible views of the ocean, a few trees, and moss covered stones that made the landscape look like something you’d see on another planet. 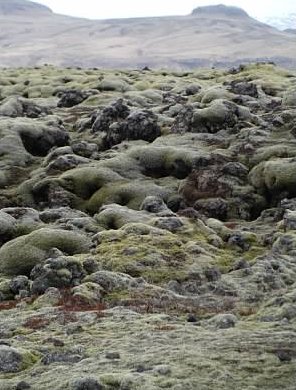 Our mapbook of Iceland was a bit deceiving, and it wasn’t until we got to our first hostel in Saeberg that I realized that all the small names listed along the highway weren’t towns along the way, but homesteads owned by individual families.  Iceland is such an unpopulated country, it’s strange to get used to all the space – and living my entire life in Canada, that’s saying something! 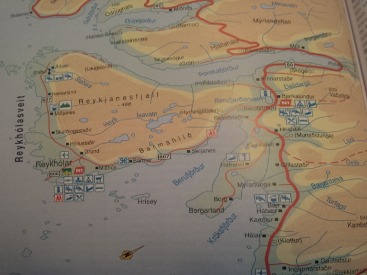 Staying in a hostel may not be for everyone.  In fact, you might even gloss over this part of the roadtrip, opting instead for a bit more luxury in hotels.  Iceland has no shortage of accommodations for anyone’s tastes.  But the hostel I stayed at in Saeberg was easily one of the best experiences I’ve had travelling.  Overlooking an inlet, this renovated farmhouse comes complete with a outdoor hottub.  Serene, relaxing…almost perfect with the exception of the not so shy french tourists that went skinny dipping in the hottub shortly before dusk. 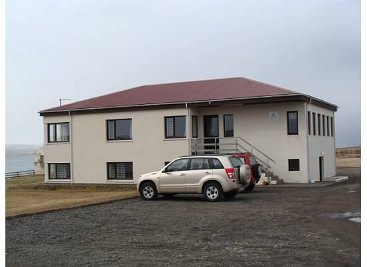 Continuing our way north, we had a quick overnight detour to Grimsey – after parking our car in Dalvik, taking the bus to Akureyri, flying to Grimsey, boat to Dalvik, then back on the road again heading towards Husavik. (Yes, that’s the quick summary – for details see Getting to Grimsey).

We stayed one night in Akureyri, the second largest city in Iceland and the capital of the north.  Truly a romantic town, even the red stoplights are heartshaped. 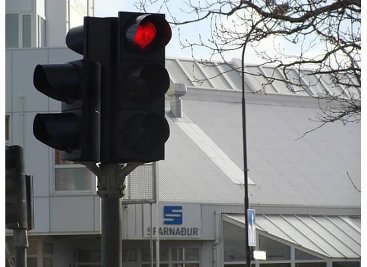 Now heading east, we drove for several kilometres through a barren landscape. I imagine the road between Husavik and Egilsstadir, with the exception of a stop in the popular summer town around Lake Myvatn, is not very well travelled or inhabited.  Yet its beauty is astounding in it’s own quiet way.  The novelty of Iceland’s northern wilderness though soon wore off, and both of us were happy to see the populated town of Egilsstadir.  Knowing the picturesque seaside of Seydisfjordur wasn’t too far off, we continued our drive towards the ocean (see description above). 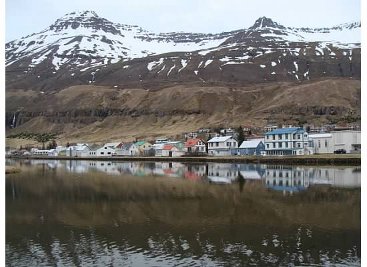 Arriving just before dinnertime, we were unhappy to discover that there wasn’t one restaurant or grocery store open in Seydisfjordur.  Our hotel clerk at the Hotel Aldan said the words I dreaded hearing – you will have to travel back to Egilsstadir if you want to find a restaurant open over the Easter weekend for dinner.  Uncertain if I could survive another run over the mountain, I hesistated long enough so that the sun was just setting and if we were going to eat, we would have to make the drive back on the road of terror…in the dark.

Suffice to say, we did not end up tumbling down the mountain, and instead found a restaurant in the N1 gas station that served us the most delicious pizza.

The drive down the east coast of Iceland was not quick, as the ring road follows the jagged coast line and weaves in and out of many of the tiny coastal towns.

Heading back towards Reykjavik along the south shore, we ended up making many stops – in Hofn and Vik for overnight accommodation, and stopping at random attractions we discovered along the way – including the largest glacier in Europe (Vatnajokull), a lagoon filled with iceburgs from Vatnajokull called Jokulsarlon, endless stunning waterfalls, grass covered houses and the remarkable black sandy beaches in Vik. 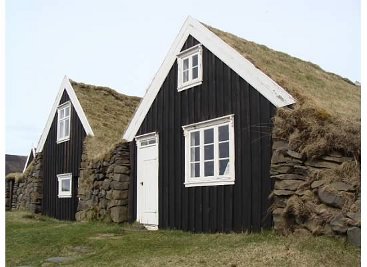 For such a small country, Iceland seems to have an endless amount of hidden destinations that you won’t find by just staying in Reykjavik.

Driving in Iceland isn’t without it’s hazards.  Some cautions to look out for are:

Iceland’s weather.  We travelled in the spring, and encountered snow, ice, hail, wind, fog and the occasional ray of sunshine – every hour.  Be prepared for any sort of driving condition you can imagine…and drive accordingly.

Iceland’s roads.  The Ring Road is (mostly) paved, and safe to travel on for most of the year.  But Iceland isn’t tame – Mother Nature’s power is never more evident than on the Island of Iceland.  Glacial floods can happen quickly and take out entire sections of the highway – always watch and listen for any reports of unusual volcanic activity. 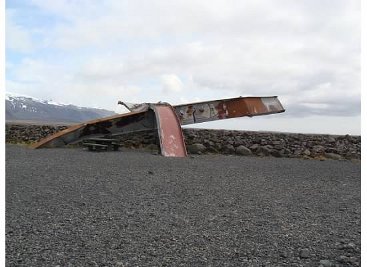 If you want to venture into the interior during the summer months, some roads only allow 4×4 vehicles on them, and have very limited fuel stations. 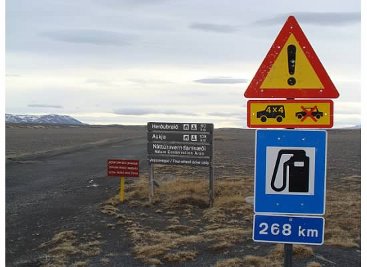 Iceland’s wildlife.  Beautiful to see in the distance, not so beautiful to see on the road ahead of you. Always be aware that you may be sharing the road with creatures that could do some damage to both your vehicle and yourself. 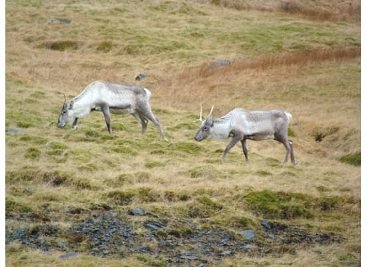 Iceland’s streetsigns.  Words I’d never even attempt to pronounce…getting lost in Iceland and asking for directions can be an adventure on it’s own.  Learning to speak/read Icelandic could be an option, but Icelanders always seem friendly and eager to help out lost/confused/hopeless drivers in need. 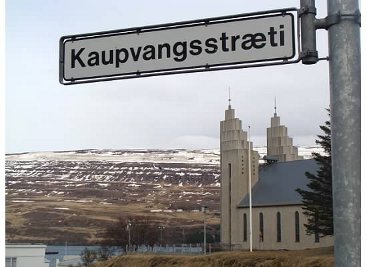 Our adventure circling Iceland is a road trip I’d recommend to anyone who doesn’t get carsick often.  As with life, the roads less travelled are sometimes the roads that lead to some unforgetable memories.  Sidenote: The road below didn’t lead anywhere except a farmer’s field.  And we almost got stuck as it started to snow some more.  But I don’t regret taking it. 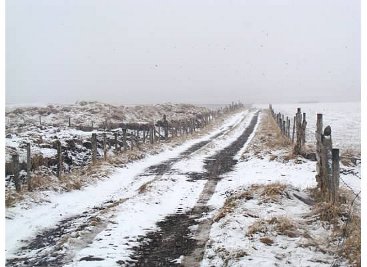